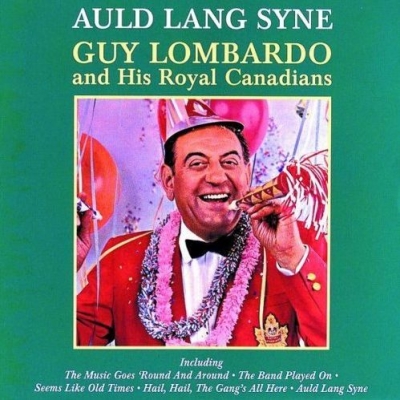 According to the best information I can find, Jesus was born on May 14 in 6 BC. Therefore His 2,000 birthday was on 14 May 1995. Regardless of which date you choose for the birthday of Jesus it was not on December 25th or January 6th and God never intended that it would be observed and celebrated. God wants us to remember the death, burial and resurrection of His Son, which is the Good News and the purpose of His coming. This is my story, and I will stick with it:

U.S. Marines need no song
They have a hymn
This is dedicated to the late former Marine, Wm. Travis Gobble, in memory of his 70th birthday on 14 December 2010.
The U.S. Marine Corps is the United States' military band of brothers dedicated to pure war fighting. The proud Brotherhood of Marines is guided by principles, values, virtues, love of country, and its’ Warrior Culture. This brotherhood of American Patriots has no song. Instead, Marine Warriors have a hymn. When The Marines' Hymn is played, United States Marines stand at attention. They silently show their pride in their fellow Marines, their Corps, their Country, their heritage, and their hymn.
The Marines' Hymn's a tribute to Warriors. Marine Warriors stormed fortress Derna, raised the American flag, and gave us "the shores of Tripoli." Marines fought their way into the castle at Chapultepec and gave us the "halls of Montezuma." Marines exist for the purpose of war fighting. Fighting is their role in life. They "fight for right and freedom" and "to keep our honor clean." They fight "in the air, on land, and sea." The Marine Corps is Valhalla for Warriors. U.S. Marines need no song. They have a hymn.
Ironically, no one knows who wrote the hymn, which was in widespread use by the mid-1800s. Col. A.S. McLemore, USMC, spent several years trying to identify the origin of the tune. In 1878 he told the leader of the Marine Band that the tune had been adopted from the comic opera Genevieve de Barbant, by Jacques Offenback. Yet, others believe the tune originated from a Spanish folk song. Whatever! Regardless of its origin, The Marines' Hymn has remained a revered icon of the United States Marine Corps for almost 200 years.
In 1929 The Marines' Hymn became the official hymn of the Corps. Thirteen years later in November 1942 the Commandant approved a change in the words of the first verse, fourth line. Because of the increasing use of aircraft in the Corps, the words were changed to "In the air, on land, and sea." No other changes have been made since that time. When you have attained absolute perfection, there is no need for further modification:
From the Halls of Montezuma,
To the Shores of Tripoli ;
We fight our country's battles
In the air, on land, and sea;
First to fight for right and freedom
And to keep our honor clean;
We are proud to claim the title
Of UNITED STATES MARINES.
Our flag's unfurled to every breeze,
From dawn to setting sun;
We have fought in every clime and place
Where we could take a gun;
In the snow of far off northern lands
And in sunny tropic scenes;
You will find us always on the job --
The UNITED STATES MARINES.
Here's health to you and to our Corps
Which we are proud to serve;
In many a strife we've fought for life
And never lost our nerve
If the Army and the Navy
Ever look on Heaven's scenes;
They will find the streets are guarded
By UNITED STATES MARINES.
Posted by SemperFidelisNoah at 5:07 AM

President Franklin Delano Roosevelt
address to Congress and the Nation on Dec. 8, 1941

Mr. Vice President, Mr. Speaker, Members of the Senate, and of the House of Representatives:
Yesterday, December 7th, 1941 -- a date which will live in infamy -- the United States of America was suddenly and deliberately attacked by naval and air forces of the Empire of Japan.
The United States was at peace with that nation and, at the solicitation of Japan, was still in conversation with its government and its emperor looking toward the maintenance of peace in the Pacific.
Indeed, one hour after Japanese air squadrons had commenced bombing in the American island of Oahu, the Japanese ambassador to the United States and his colleague delivered to our Secretary of State a formal reply to a recent American message. And while this reply stated that it seemed useless to continue the existing diplomatic negotiations, it contained no threat or hint of war or of armed attack.
It will be recorded that the distance of Hawaii from Japan makes it obvious that the attack was deliberately planned many days or even weeks ago. During the intervening time, the Japanese government has deliberately sought to deceive the United States by false statements and expressions of hope for continued peace.
The attack yesterday on the Hawaiian islands has caused severe damage to American naval and military forces. I regret to tell you that very many American lives have been lost. In addition, American ships have been reported torpedoed on the high seas between San Francisco and Honolulu.
Yesterday, the Japanese government also launched an attack against Malaya.
Last night, Japanese forces attacked Hong Kong.
Last night, Japanese forces attacked Guam.
Last night, Japanese forces attacked the Philippine Islands.
Last night, the Japanese attacked Wake Island.
And this morning, the Japanese attacked Midway Island.
Japan has, therefore, undertaken a surprise offensive extending throughout the Pacific area. The facts of yesterday and today speak for themselves. The people of the United States have already formed their opinions and well understand the implications to the very life and safety of our nation.
As commander in chief of the Army and Navy, I have directed that all measures be taken for our defense. But always will our whole nation remember the character of the onslaught against us.
No matter how long it may take us to overcome this premeditated invasion, the American people in their righteous might will win through to absolute victory.
I believe that I interpret the will of the Congress and of the people when I assert that we will not only defend ourselves to the uttermost, but will make it very certain that this form of treachery shall never again endanger us.
Hostilities exist. There is no blinking at the fact that our people, our territory, and our interests are in grave danger.
With confidence in our armed forces, with the unbounding determination of our people, we will gain the inevitable triumph -- so help us God.
I ask that the Congress declare that since the unprovoked and dastardly attack by Japan on Sunday, December 7th, 1941, a state of war has existed between the United States and the Japanese empire.
Posted by SemperFidelisNoah at 5:09 AM