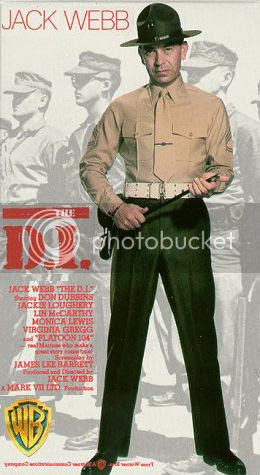 1. History
Originally, it was a functional implement used to direct military drill and maneuvers, or to administer physical punishment. In the Roman army, short vine wood staffs were carried and used for corporal punishment by Centurions (often career soldiers), not by higher officers (often from the socio-political elite). Nowadays it is more often a traditional visual attribute. Swagger sticks are most familiarly carried by military officers or more senior non-commissioned officers. They are also often carried by officers in police and paramilitary forces.
2. United Kingdom armed forces
In the British Army and other militaries following the Commonwealth traditions, commissioned officers carry swagger sticks when in formal uniform as a symbol of rank. Warrant Officers and Senior NCOs carry longer pace sticks or regimental sticks instead, although a Regimental Sergeant Major may be seen sporting a swagger stick. British swagger sticks are often topped with a silver cap, bearing regimental insignia. A swagger stick remains an essential part of an officer's equipment, and they are supplied by traditional British military tailors such as Gieves & Hawkes and Goldings. Cavalry officers will often carry a riding crop rather than a swagger stick, in deference to their mounted traditions.
3. United States armed forces
Homer Litzenberg holding a swagger stick in his official portrait in the late 1950s
The swagger stick is not generally carried by US military officers, having long ago gone out of style.
Swagger sticks were once in vogue in the United States Marine Corps, starting as an informal accessory carried by officers in the late 19th century. In 1915, it gained official approval as recruiters were encouraged to carry them to improve public image. This tradition grew when Marines deployed for World War I encountered European officers carrying swagger sticks, leading to an entry in the uniform regulations in 1922 authorizing enlisted Marines to carry them as well. The usage died down in the 1930's and 40's, excepting China Marines, and returned in vogue when a 1952 regulation encouraging them; reaching a peak from 1956 to 1960, when Commandant Randolph M. Pate encouraged use. While stressing the need for uniforms to be simple and rugged, with no need for gimmicks and gadgets, General Pate commented:
There is one item of equipment about which I have a definite opinion. It is the swagger stick. It shall remain an optional item of interference. If you feel the need of it, carry it?
However, his successor, David M. Shoup, quickly discouraged their use:
..."the swagger stick symbolized elitist af­fectation, and it reminded him of some unpleasant ex­periences he had had in China." He had seen British officers toss money at Chi­nese men and then strike them with their swagger sticks as they picked up the coins off the ground. Few Marines carried the swagger stick after that.
Few, if any, contemporary officers feel the need to carry a swagger stick, and it has no official sanction in any branch.
4. Trivia
* US Army General George S. Patton carried a swagger stick throughout World War II; however his contained a concealed blade, similar to a Victorian gentlemen's sword cane.
* One of the original purposes of the swagger stick was to help keep the officers from putting their hands in their pockets.
* Is currently used by male tour guides at Walt Disney World's Magic Kingdom in Florida. Its purpose is to give male tour guides something to hold and use to direct guests' attention to, while female tour guides use a riding crop.
* In addition to his monocle, carrying around a swagger stick tucked under one arm was the trademark of Colonel Klink in Hogan's Heroes.
Posted by SemperFidelisNoah at 1:20 AM