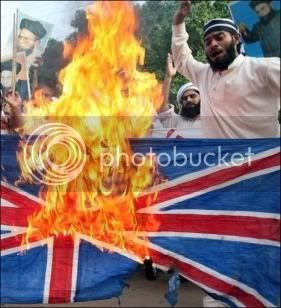 Beginning of the United States of America

The United States Flag
In 1775, the American colonies were flying the British Flag called "The Union Jack" and decided that they needed to fly their own flag. Benjamin Franklin was the "New Flag" Committee chairman.He didn't want to totally shut off their connection to England, so he felt the flag should have a smaller Union Jack in one corner, with 6 white stripes alternating with 7 red stripes. This flag was hoisted on New Years Day (January 1) in 1776 on Prospect Hill near Cambridge, Massachusetts. It became known as the Grand Union Flag and was the first American flag.
***
But...once the Declaration of Independence was signed this flag became literally history and as they say today, 'not politically correct.' What to do? Well it took an act of Congress on 6-14-1777 to pass an official Flag Resolution stating the design of the flag with the red and white strips and the 13 stars in a blue.Now they had problems with just how many points on a star. Some had 5 some had more. And some of the stars were in rows, some in circles and some were haphazard. Then they had to argue over which came first...a red stripe or a white stripe? After a while it became obvious that the flag could be seen from a longer distance better if it had a red stripe first and not a white one.
***
There is no proof that Betsy Ross actually sewed the first flag. Several men approached her for a flag design, but that doesn't mean she sewed it. Betsy suggested a 5 pointed star because she demonstrated how easy they were to make when you fold cloth a certain way and cut. An actual bill for the design of the flag was presented to Congress by Francis Hopkinson (who also is one of the signer's of the Declaration of Independence) asking for payment for designing this flag. Congress denied his request saying he wasn't the sole designer. Some historians feel the flag was designed by a committee.
***
As America changed, so did the flag. Every time we got a new state, we also got a new star. Well, the stars were no problem, but after a while, we were getting over-striped. Imagine today if we had 50 stripes and stars? So, on January 13, 1794, Congress passed a second flag resolution stating "the flag shall have 15 stripes, alternate red and white with a union of 15 stars, white on blue field." It was the 15 striped flag that inspired Francis Scott Key to write the "Star Spangled Banner."
But, by 1817 the flag was getting bigger and bigger and had 20 stars and stripes. So once again Congress did a Flag Act in 1818 and decided that the flag should have no more than 13 red and white stripes (for the 13 original colonies), and only a NEW STAR would be added every time we got a state, but no more stripes of any color.
***
And then came the Civil War! Many angry Northerners wanted to remove the stars of the states that had succeeded from the union. But President Lincoln disagreed and was determined to hold the Union together. From 1861-1865 Union troops marched under a flag with all the stars and stripes. And in 1863, when West Virginia became a state during the Civil War, they even added it's star. Well, we all know how the war ended, and eventually both the North and the South were flying the same flag with the same number of stars and stripes.
***
On June 14, 1923 men from 68 patriotic groups met in Washington, DC to draw up a set of rules on how to handle the flag. In 1942, Congress put them all into the official Flag Code. The flag code is updated when necessary, most recently being 1976.
Flag Terms
Canton - The top inner quarter of the flag or the blue area where the stars are.
Field - The main body of the flag.
Fly - The bottom or length of the flag
Halyard - The rope or cord used to raise and lower the flag.
Hoist - The flag's side or width.