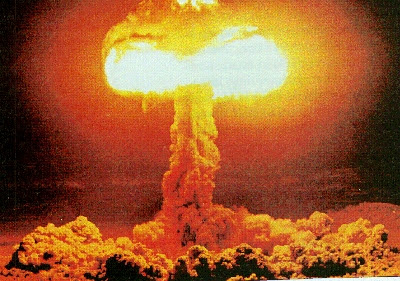 V-J Day
End of World War II
Victory over Japan Day (V-J Day) is the celebration of the Surrender of Japan, which was initially announced on August 15, 1945 (August 14 U.S. date), ending combat in the Second World War. In Japan, the day is known as Shusen-kinenbi, which literally means the "Memorial day for the end of the war". This is commemorated as Liberation Day in Korea and some other nations.

On this day 62 years ago while I was a member of the First Marine Division, history was made near us. We had just won the battle of Okinawa when the news reached us by radio that Japan had surrendered. We celebrated by firing our weapons into the air. We had been inland hopping fighting the Japs in the Pacific war zone for years and our next invasion would have been mainland Japan.

My age was 17 when I first engaged in battle with the Japanese and I celebrated my 20th birthday on Aug. 11, 1945. It was not really a celebration because beer had not been available for us as long as World War II was ongoing. We thought we would be coming home, but that was not the case.

We were sent to North China to accept the surrender of the Japanese who had occupied that country for years. It was April 1946 before I arrived in San Diego, California. After getting a haircut and a clean uniform, I went to the big city of San Diego for a night on the town. That quickly became a downer when I was not allowed to buy a beer because I was not yet 21. In those days, we had to be 21 or older to vote.

Upon arriving by Greyhound bus near the log house in the hills of Tennessee where my mother and sister lived, it became another downer. The nearest place the bus could let me off to my home place was four miles away. Here I am wearing my dress-blue beautiful Marine Corps uniform with combat ribbons on my chest and carrying my sea bag on my back while the traffic went by me and would not stop to give me a lift. I walked all the way and was glad to be home again.
Surrender
At noon Japan standard time on August 15, 1945, Emperor Hirohito's announcement of Japan's acceptance of the terms of the Potsdam Declaration was broadcast to the Japanese people over the radio. Earlier the same day, the Japanese government broadcast an announcement over Radio Tokyo that "acceptance of the Potsdam Proclaimation [would be] coming soon," then advised the Allies of the surrender by sending a cable to U.S. President Harry S. Truman via the Swiss diplomatic mission in Washington, D.C.
Since Japan was the last Axis Power to surrender and V-J Day followed V-E Day by three months, V-J Day marked the end of World War II.
The formal Japanese signing of the surrender terms took place on board the battleship USS Missouri Tokyo Bay on September 2, 1945, and at that time Truman actually declared September 2 to be VJ-Day.
V-J Day is sometimes referred to as V-P Day (Victory in the Pacific Day) to bring it in line with V-E Day where the major enemy power, Germany, was not singled out in the way V-J Day did to Japan. However, since no other power was an Axis belligerent in the Pacific War, such alteration of nomenclature seems unnecessary to many.

In the United States, V-J Day is commemorated on August 14 since the news of the surrender broke on that date in U.S. time zones.
V-J Day is still a state holiday in Rhode Island. The holiday's official name is "Victory Day," and it is observed on the second Monday of August.
In Australia, the name V-P Day was used from the outset. The Canberra Times of August 14, 1945, refers to VP Day celebrations, and a public holiday for VP Day was gazetted by the government in that year according to the Australian War Memorial.
Posted by SemperFidelisNoah at 12:53 PM