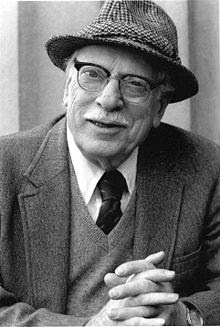 Raising the Flag on Iwo Jima

Everyone is familiar with Joe Rosenthal’s photograph Raising the Flag On Iwo Jima. The iconic image of the US Marines struggling together to raise the US flag atop Mount Suribachi has been reprinted in thousands of publications, and recreated on millions of posters, both pro- and anti-war.

It won the Pulitzer Prize for Photography the same year it was published (the only photograph at the time ever to have done so), and even appeared on a commemorative US dollar in 1945. What few people know is that this inspiring moment was actually a second version of the original event.

On 23 February 1945, 2nd Battalion Commander Chandler Johnson was ordered to send a platoon to take the Japanese mountain of Suribachi. First Lieutenant Harold G Schrier was chosen to lead the platoon, and as they embarked, Johnson handed Schrier a small US  flag which had been taken from the USS Missoula, and said, ‘If you get to the top, put it up.’ The Battle of Iwo Jima had seen some of the  fiercest  fighting of the Pacific Campaign, and this was the  final throe.

As apprehensive as they were, Schrier led his platoon to the summit without incident. The team assembled, the small flag was erected, and the whole anti-climactic affair was captured by Staff -Sergeant Louis R Lowery, a photographer with Leatherneck magazine. What should have been a moment of great patriotic significance turned out to be a rather deflated declaration of ownership, with a  flag too small to be seen even from the nearby landing beaches.

Take two, and by now rumour the of mountain’s capture had reached Secretary of the Navy, James Forrestal. He had decided the previous night that he wanted to go ashore and witness the final stage of the fight for the mountain himself. The first flag was raised as his boat touched shore, and the mood among the high command on seeing the red, white, and blue spec against the sky was one of jubilance and victory. So caught up in the moment was Forrestal that he requested the Suribachi flag as a souvenir. Johnson, who believed that the flag should remain flying as a symbol of the battalion’s heroism, was disgusted by Forrestal’s demand.

Forced to accept that Forrestal would have his way, Johnson decided to send Lieutenant Ted Tuttle to retrieve a replacement flag to fly once the original had been removed. After glancing once more at the tiny flag, barely visible against the sky, Johnson told Tuttle to ‘make it a bigger one.’ Tuttle returned with a larger flag he had found in a nearby Tank Landing Ship and up the mountain it went, in the safe hands of the Marines. Joe Rosenthal set on shortly after with two other Marine photographers.

As they arrived, the Marines were already attaching the flag to an old Japanese water-pipe. Rosenthal nearly missed the shot while working out how to best view the action. He turned round just in time to snap the five Marines raising the US flag, and, without even knowing it, took one of themost iconic images ever captured.

Had Lowery been at the right place at the right time, would he have caught so powerful a shot? On his descent from Suribachi, did he believe that he had taken the sort of photograph that Rosenthal’s would turn out to be? Ten years later, Rosenthal wrote of the moment: ‘Out of the corner of my eye, I had seen the men start the flag up. I swung my camera and shot the scene. That is how the picture was taken, and when you take a picture like that, you don’t come away saying you got a great shot. You don’t know.’
Posted by SemperFidelisNoah at 5:05 AM