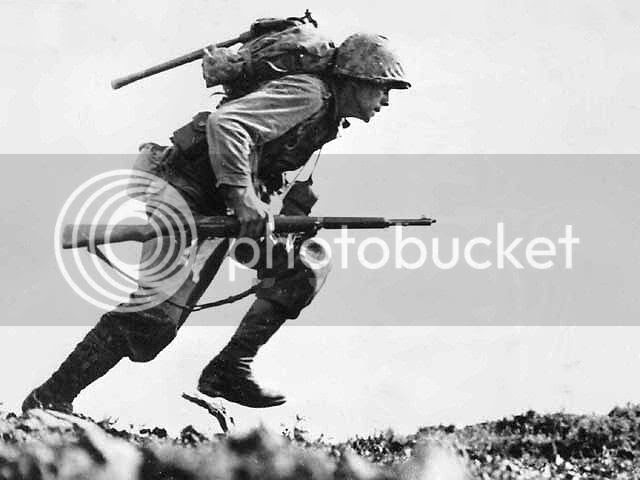 Battle of Okinawa
Easter - 1 April 1945
Noah H. Belew was a member of the 1st Marine Division

The Battle of Okinawa, codenamed Operation Iceberg, was fought on the Ryukyu Islands of Okinawa and was the largest amphibious assault in the Pacific War of World War II. The 82-day-long battle lasted from early April until mid-June 1945. After a long campaign of island hopping, the Allies were approaching Japan, and planned to use Okinawa, a large island only 340 mi (550 km) away from mainland Japan, as a base for air operations on the planned invasion of Japanese mainland (coded Operation Downfall). Four divisions of the U.S. 10th Army (the 7th, 27th, 77th, and 96th) and two Marine Divisions (the 1st and 6th) fought on the island while the 2nd Marine Division remained as an amphibious reserve, was brought ashore at a later time. The invasion was supported by naval, amphibious, and tactical air forces.

The battle has been referred to as the "Typhoon of Steel" in English. The nicknames refer to the ferocity of the fighting, the intensity of kamikaze attacks from the Japanese defenders, and to the sheer numbers of Allied ships and armored vehicles that assaulted the island. The battle resulted in the highest number of casualties in the Pacific Theater during World War II. Japan lost over 100,000 soldiers, who were either killed, captured or committed suicide, and the Allies suffered more than 65,000 casualties of all kinds. Simultaneously, tens of thousands of local civilians were killed, wounded, or committed suicide. The atomic bombings of Hiroshima and Nagasaki caused Japan to surrender just weeks after the end of the fighting at Okinawa.

Posted by SemperFidelisNoah at 9:28 AM