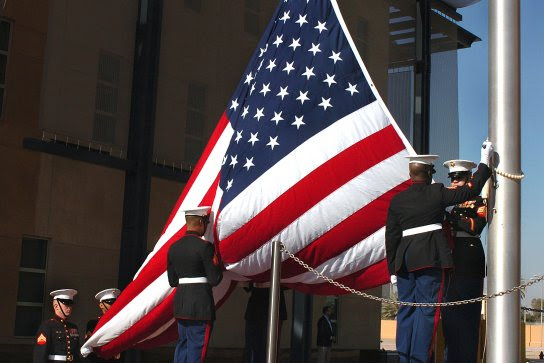 "The Dublin" - Embassy Marines in Ireland
This story was published in the Marine Leatherneck Magazine in July 2009 - written by P.T. Brent

The Marine Security Guard Detachment commander, SSgt Christopher Piazza, routinely coordinates with all the staff at the American Embassy in Dublin, including the ambassador. Ambassador Thomas Foley (seated) completed his service as United States Ambassador to Ireland on Jan. 22 of this year.