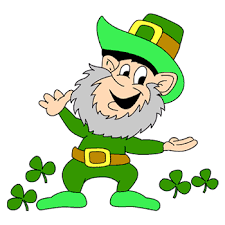 History of St. Patrick's Day
In the past, Saint Patrick's Day was celebrated as a religious holiday. It became a public holiday in 1903, by the Money Bank. (Ireland) Act 1903, an Act of the United Kingdom Parliament introduced by the Irish MP James O'Mara. O'Mara later introduced the law which required that pubs be closed on 17 March, a provision which was repealed only in the 1970s. The first St. Patrick's Day parade held in the Irish Free State was held in Dublin in 1931 and was reviewed by the then Minister of Defence Desmond Fitzgerald. Although secular celebrations now exist, the holiday remains a religious observance in Ireland, for both the Church of Ireland and Roman Catholic Church.

The first Saint Patrick's Festival was held on 17 March 1996. In 1997, it became a three-day event, and by 2000 it was a four-day event. By 2006, the festival was five days long.
The topic of the 2004 St. Patrick's Symposium was "Talking Irish," during which the nature of Irish identity, economic success, and the future were discussed. Since 1996, there has been a greater emphasis on celebrating and projecting a fluid and inclusive notion of "Irishness" rather than an identity based around traditional religious or ethnic allegiance.
The biggest celebrations on the island of Ireland outside Dublin are in Downpatrick, Northern Ireland, where Saint Patrick is rumoured to be buried following his death on 17 March 461. In 2004, according to Down District Council, the week-long St. Patrick's Festival had over 2,000 participants and 82 floats, bands, and performers, and was watched by over 30,000 people.
Belfast City Council recently agreed to give public funds to its parade for the very first time. In previous years funding was refused by pro-British Unionist councillors in the city for not being inclusive of Unionist citizens, the refusal to fund it was labelled as "anti-Irish racism" by Nationalist Belfast councillors.
Since the 1990s, Irish Taoisigh have sometimes attended special functions either on Saint Patrick's Day or a day or two earlier, in the White House, where they present a shamrock to the President of the United States. A similar presentation is made to the Speaker of the House. Originally only representatives of the Republic of Ireland attended, but since the mid-1990s all major Political parties in the Republic of Ireland and Northern Ireland are invited, with the attendance including the representatives of the Irish government, the Ulster Unionist Party, the Social Democratic and Labour Party, Sinn Fйin and others. No Northern Irish parties were invited for these functions in 2005. In recent years, it is common for the entire Irish government to be abroad representing the country in various parts of the world. In 2003, the President of Ireland celebrated the holiday in Sydney, the Taoiseach was in Washington, while other Irish government members attended ceremonies in New York City, Boston, San Francisco, Buffalo, San Jose, Savannah, Chicago, Detroit, Philadelphia, San Diego, New Zealand, Hong Kong, South Africa, Korea, Japan, and Brazil.
Saint Patrick's Day parades in Ireland date from the early 18th century.
Christian leaders in Ireland have expressed concern about the secularisation of St Patrick's Day. Writing in the Word magazine (March 2007), Fr. Vincent Twomey stated that, "it is time to reclaim St Patrick's Day as a church festival". He questioned the need for "mindless alcohol-fuelled revelry" and concluded that, "it is time to bring the piety and the fun together".